Special recognition for RGF grantee, Martin Bland. Top trampoliner, Martin, has just won a Newcastle Rising Star award, an event staged at Newcastle’s Civic Centre. The Lord Mayor of Newcastle presented Martin with his trophy, but that was probably eclipsed by the presence of none other than Mr Alan Shearer. Martin commented: “I was thrilled to win the Newcastle Rising Star Award and being presented with my trophy. I had a successful year in 2018 winning Gold in several UK competitions as well as getting a Silver Medal in Sweden representing England. I have increased the difficulty of my routine for 2019 and look forward to competing in more overseas competitions representing England. I would like to thank The Rob George Foundation for their generous support and helping me achieve my goals.”

Next stop for Martin is a competition in Amsterdam this weekend! The RGF wishes Martin all the best for this event and for a successful 2019.

Having read Martin’s story, should you wish to make a donation, The RGF has teamed up with donr to enable RGF supporters to make their donations by text. To find out more and make a donation click on our link, and the rest is as easy as sending a text – literally! 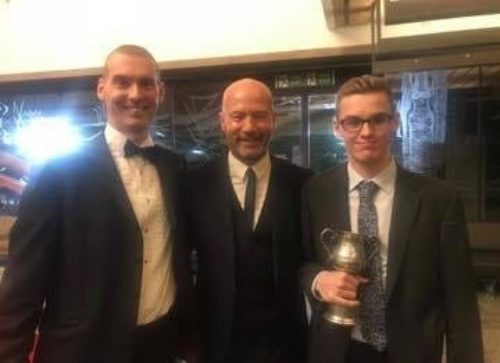