Home » News and Updates » Martin has an exceptional year in Trampolining

Proud Dad, David, thanks the RGF and gives us an update on Martin’s progress – “Martin has had an exceptional year in Trampolining. He is currently on the England Team but we fully expect Martin to be accepted on to The Great Britain Junior Team at the end of the year.

Martin has competed in 3 National competitions this year to qualify for the English & British Finals and won all 3! At the British Final at the Birmingham Arena in September Martin achieved a Silver medal.

We would just like to greatly thank the RGF for their kind contribution towards Martin’s training and competitions costs for the 2018 season as the help is invaluable for Martin to progress in this sport.”

David – we share your pride and wish Martin continued success. 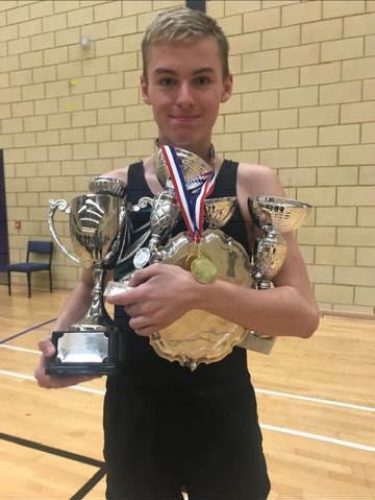