You cannot help but be inspired by Sophie. Sophie, from Liverpool, approached the RGF in 2015 and has had the most challenging few years you can imagine since then.

First, watch the TV feature by following this link and then read Sophie’s story in her very own words.

“In 2015, at 19 years old, I was given a cancer diagnosis. It is the news that no one ever wants to hear, especially not at such a young age. I was told that I would need two and a half years of treatment to eliminate the Leukaemia and hopefully prevent it from returning.

The chemotherapy was gruelling and as the type of Leukaemia I had could enter the brain, I was given many lumbar punctures to administer treatment into the spinal fluid. This caused a slipped disc in my back which resulted in awful back pain which meant many sleepless nights. I wrote to the Rob George Foundation as another patient had told me about the charity, and they kindly provided me with the funds to buy an orthopaedic bed to aid my back pain. The effects of the bed were felt immediately, and it meant that my nights were now spent pain free enabling me to get plenty of rest whilst battling through my treatment.

I completed treatment in September 2017 however I only remained in remission for 9 months before relapsing. I was told that my only hope of curing the Leukaemia would be a stem cell transplant which I had in October 2018. My body was once again pushed to its limits and I remained in hospital for 7 weeks in isolation whilst I dealt with the side effects of the transplant. It took around 12 months after the transplant for me to start feeling like myself again and at 18 months post-transplant my life was back on track. However, this was once again devastated by another relapse in January 2020. Having almost lost all hope, I was offered a lifeline in the form of CAR T cell therapy which has only recently been approved on the NHS.

Thankfully, I met all the criteria and had the treatment in May. After just 4 weeks, I was told that I was in complete remission and even the most sensitive tests could not detect any Leukaemia. I feel completely well in myself and so fortunate to have been given this treatment. I believe that my determination to survive has been the reason my fighting spirit never died. I am now house hunting with my partner and planning our wedding. I remain grateful to the Rob George Foundation for providing me with help when I needed it most.”

All of us at the RGF would like to wish Sophie and her partner the best of luck house hunting and wedding planning! 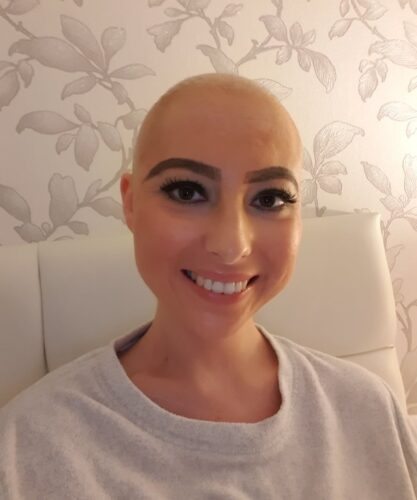