Jamie’s mum, Krissy has been in touch to share this fantastic news. She told us: “The Rob George Foundation helped Jamie to get to the Taekwondo German Open, G2 Competition in March earlier this year where he won a Bronze medal!

Previously, he had also won Gold at the French Open and the title of British Champion in 2019.

These competitions were part of the selection criteria for the Junior World Championships, and we are pleased to say that Jamie recently found out he has been selected!

All being well, the World Championships will take place later this year in October, in Bulgaria.

Earlier in Jamie’s career, the Rob George Foundation also helped Jamie get to the European Championships in 2018.

We are really grateful for the support from this organisation and want to say a massive THANK YOU!”

A big well done to Jamie from all of us at the RGF! 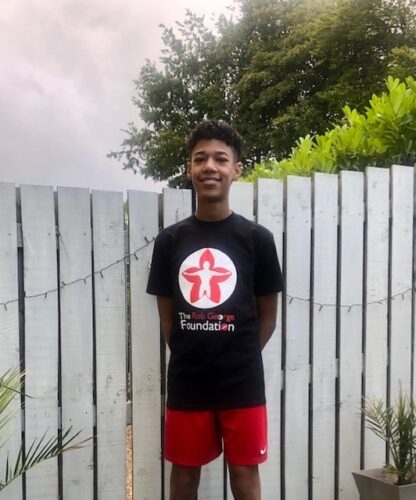