Home » News and Updates » Grant support for the RGF

We are thrilled to announce that The Fowler Smith & Jones Trust have awarded the RGF a grant of £3,000.

The Fowler Smith & Jones Trust incorporates three Trusts established at different times by the Fowler Family, Albert & Florence Smith, and Edward Cecil Jones. They were all very much ‘Essex people’ and lived in the South-East of the county. The Trust supports charities throughout Essex.

Grant Administrator, Penny Langran, said: “The Trustees at the Fowler Smith & Jones Trust were delighted at their latest meeting to award a grant to The Rob George Foundation for use within the county of Essex. The financial and practical support that the Foundation has continued to give during the pandemic to young people suffering from life threatening conditions and to those held back from pursuing their goals by economic hardship is impressive.  The Trustees were impressed to read that 2021 saw the Foundation award its1000th grant – well done!”

Rob’s dad and Chairman of the RGF responded, saying: “It has been a huge challenge to raise funds over the last two years. During this time, applications for our financial support from young people across Essex have not diminished, so to receive this level of financial support, incidentally for a second time, from the Fowler Smith & Jones Trust is quite remarkable and we are eternally grateful and thank them from the bottom of our hearts!” 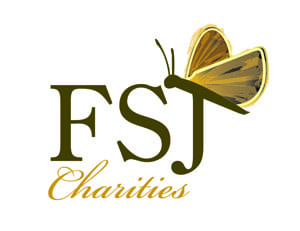