Even when Dylan applied for his RGF grant it was clear that he had an amazingly supportive mum and grandma at his side. We recall being impressed at the time that Dylan still runs with his grandma on occasions. Dylan’s mum, Sarah, told us that as soon as Super Gran (Pam) heard that the RGF had agreed to support Dylan she made it her mission to give something back to the RGF. Pam (63 – we’re allowed to tell you that!) is a retired nurse and she also spent some time in the UK Army. She still runs every day and every Saturday she runs her local “parkrun”. Well, Pam kept to her word – on 26 October she ran the SUPERNOVA RUN 2018 raising £262 for the RGF in the process. This was a night-time run through the Queen Elizabeth Olympic Park, Stratford, East London.

Followers of the RGF will recall that the RGF’s grant has helped to Dylan to move from Newham, London to one of the best basketball academies in the UK. Dylan trialled along with a number of boys from Europe and was successful in gaining one of the handful of places. He is attending the John Madejski Academy based in Reading in conjunction with the Reading Rockets Basketball Team and is enjoying his time away from the inner city and just concentrating on 6th form and basketball. His head coach is Alan Keane, the GB & England u18 head coach & England men’s assistant head coach. Dylan is so proud to have been selected to train under him and hopes in the future he will represent England internationally.

Thank you Super Gran (Pam) for your support and raising funds for the RGF. We’re sure Dylan is really proud of you, too! We are truly inspired by the wonderful young people we work with and their families that support them. None more so than you, Pam! 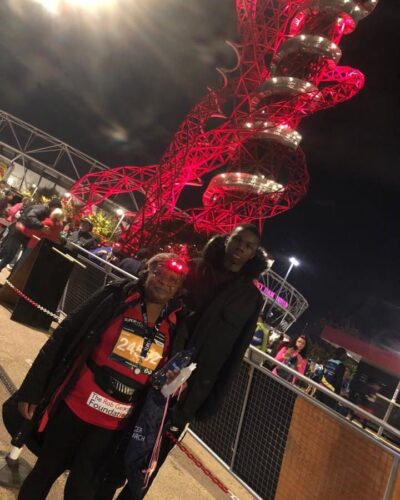