Earlier this year the RGF supported Dylan to enable him to train and develop at one of the best basketball academies in the UK, the John Madejski Academy. So, imagine our pride and joy when we heard that Dylan was recently awarded the Newham Council Youth Achievement Award for Sports.

Before moving to Reading Dylan competed nationally for the Newham Youngblood Lions Basketball Team and also played for his school, St Bonaventure’s, where he was part of the team that won the English National Schools Basketball final on two occasions. He has also represented the London Borough of Newham on numerous occasions.

Well done, Dylan – we’re so proud of you and wish you continued success! 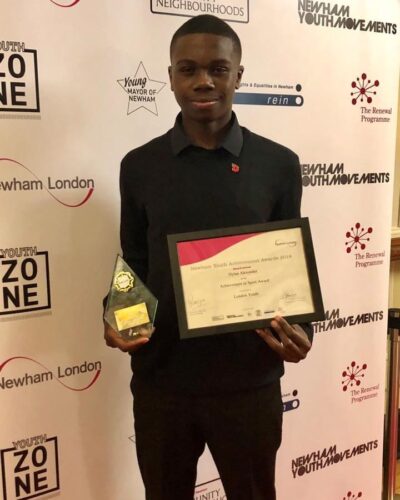