We are delighted to share the news that the RGF has appointed Beverly to its Board of trustees with immediate effect.

Beverly is currently the Grants Manager for The Prince’s Countryside Fund and is responsible for various funding streams with various priorities, but with an overwhelming priority for farming and rural communities. She is also Programme Manager at Rural Community Council for Essex, specialising in business grants, working with businesses in rural areas and helping them to become sustainable. In addition, she is managing a project to encourage people to shop locally and buy local food and drink products wherever possible. She has been trustee of Cory Environmental which was involved in distributing grants to community organisations. Beverly is also a JP, sitting in the Magistrates’ Courts in Colchester.

No stranger to fundraising locally, as a member of King Coel’s Kittens, Beverly is involved in organising the annual fireworks spectacular in Castle Park, Colchester, and then making grants to community enterprises throughout the year.

In her spare time, Beverly loves nothing more than to spend time with her three children, two grandchildren and two grand-dogs!

Beverly is thrilled and honoured to be joining the RGF Board of trustees. Following her appointment, she said: “I have known Philip and Lorraine (Rob’s parents) for some years. In fact I first met them in 1999 when I started working at Birkett Long. Our paths have crossed many times over the years, and with my experience in grant making, I am confident I will fit in really well with the experienced team at the RGF.

In response, Philip George, our Chairman, said: “We are thrilled that Beverly has accepted our invitation to join the Board of trustees. We are fortunate indeed to be joined by such an able and proven fundraiser and grant maker. We have no doubt that Beverly’s experience and extensive network of contacts will provide a perfect complement to those of the rest of our team.”

Despite all the current difficulties being faced by charities across the country, the RGF remains very positive about the future. As of the end of October 2020, our total funds raised are now in excess of £1m, during which time we have received 1484 applications and made 936 grants at an average of £631, ensuring we continue to “Make a difference…One Individual at a time” to young people across the UK. 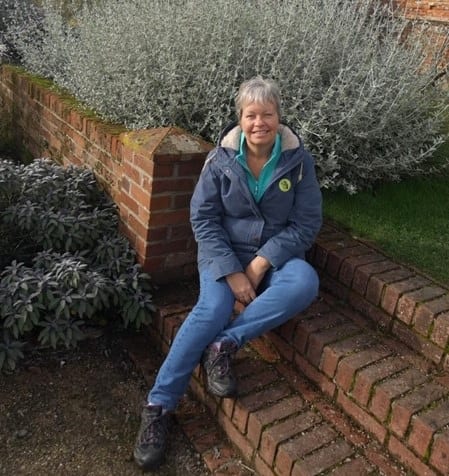