Home » News and Updates » Toddlers on bikes for the RGF

Everyone from the RGF joins together to thank the youngsters and staff of Springland’s Nursery in Colchester for their fabulous donation of £130. Children emulated our Paris to Colchester cycle ride of August 2014, transforming the nursery carpark and garden into the route. The climbing frame, draped with a parachute, became the Channel Tunnel and the children had their “passports” stamped as they cycled through. Empty boxes were made into landmarks along the way, including the Eiffel Tower and Colchester Castle.

Thank you to everyone concerned – it looks like you all had lots of fun! 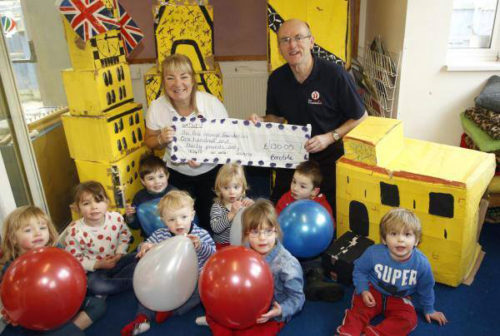