Martin’s dream is to become a professional trampoliner and the grant awarded to him from the RGF is to fund some of his training costs and travelling expenses for competitions.

Without the help from the RGF Martin would struggle to meet the costs involved in participating at this level.

The pictures show Martin in action and with his Gold Medal he won at the British Championships in September in Liverpool at Echo Arena. 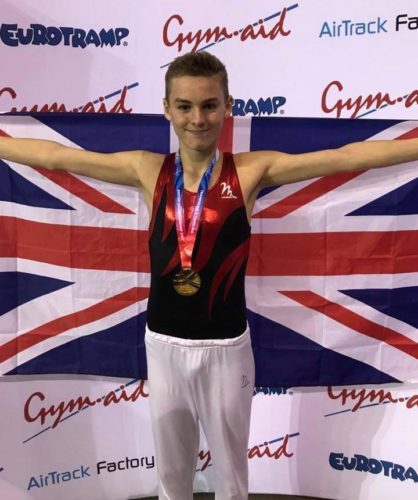