Home » News and Updates » RGF STOP PRESS: RGF FAMILY MADE FILM IN THE RUNNING FOR NATIONAL AWARD AND WE NEED YOUR HELP!

Please follow the link to register your email address and vote for us and share with all your friends and contacts and encourage them to do likewise.
charityfilmawards.com/register

You’ll then find the RGF Film and voting box in the £10’001 – £100’000 section. You can vote once in each email account you hold so please bear that in mind. You’ll have to register each time, but please note that every vote is vital!

Voting takes place between now and 1st December. The short-listed charities in each category are then assessed by a panel of judges.

Rob’s father, and Chairman of the Rob George Foundation, Philip George, said:” There’s nothing more personal and moving than watching a film narrated from the heart and featuring the very people the Rob George Foundation has been set up to support, reflecting so positively on Rob’s legacy. We are all so proud of this motivational and inspiring video narrated by Rob’s cousin Richard George and filmed by Richard’s niece Anna Harvey and we are encouraging all our supporters and their friends and families to watch the film thereby increasing awareness of the work we do and, by voting for us, supporting our cause to win the recognition we feel this film deserves.”

The Charity Film Awards champions effective story-telling and digital engagement among not-for-profits in the UK.
Since its launch in 2017 over 1000 charity films have entered and over ¼ million members of the public have voted. The awards have driven significantly increased video views, positive PR, social media engagement and donations for the participating charities. Last year’s winners include: Child Bereavement UK, NSPCC/Childline, RSPCA, Cats Protection and Breast Cancer Care.

The Awards are free to enter for charities. The current public vote phase will determine the final shortlist, which will then be judged by a panel of experts. The winners will be announced at a gala event at a prestigious venue in London in Spring 2020.

Thank you and let all keep our fingers crossed for a very positive result for the RGF. 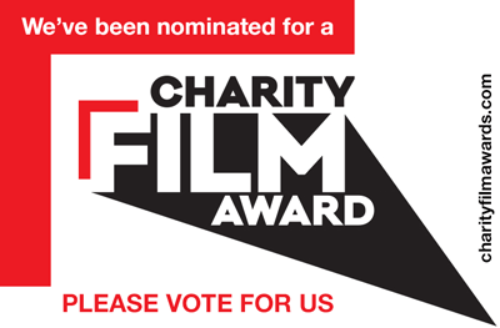