Home » RGF grantee, Peter, updates us on a very successful 2019

Peter, an elite trampoline gymnast contacted us recently and said: “My name is Peter Buravytskiy; I am an 18-year-old trampoline gymnast and part of the GB Trampoline High Performance programme. I have competed at an extensive series of national and international events, including World and European Championships. A few key achievements include; three-time British Championship silver medallist, English Champion, Synchronised British Champion and European Championship Team silver medallist. I am currently studying BA Business Management and Russian at the University of Sheffield. Since moving to University in September of 2019, I now train at Sheffield Performance Trampoline & Gymnastics Club, based at Graves Health and Sports Centre.

Aside from training, I take pride in having the opportunity to travel and compete at key events for Great Britain, but unfortunately financial difficulties have always posed some restrictions and make it harder to achieve planned ambitions. Many of the major world events for GB are self-funded for juniors including competition entries, travel and accommodation. Some of these factors can create stressful situations, but I have been willing to overlook these for the love I have of the sport and the training I put in on a daily basis to compete.

The Rob George Foundation has played an integral part through their support, in order to fuel my progression and initiate key opportunities. These have consequently enabled me to further my development as an elite athlete and to uphold consistency and successful results. When competing I strive to carry the generosity of the Rob George Foundation and to fulfil their support through the achievements attained and those I aspire towards in the future!

I am very grateful to both the RGF and the trustees who have made this year incredibly rewarding and through continued persistence have helped open a greater path towards achieving my long-term goals within European, World and Olympic prospects.

Everyone at the RGF wishes Peter all the very best with his long-term goals and he certainly looks well set to achieve them. 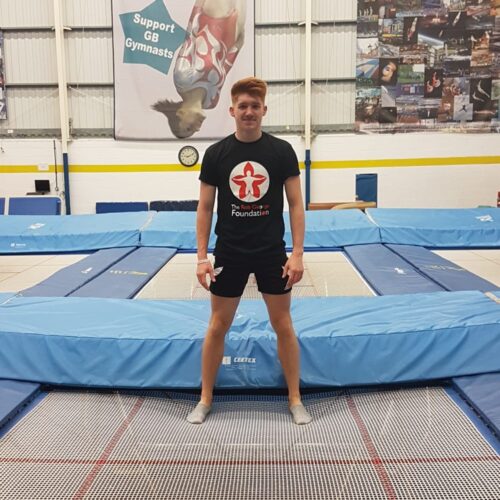