Hal, now 23, started his international lacrosse journey in 2016 when he was selected to represent England at the U19s World Lacrosse Championships in Vancouver. The support of the RGF enabled Hal to compete in the championships. All participation was and still is, self-funded.

Having represented England, Hal was awarded a sports scholarship at Nottingham University where he studied Economics followed by a Masters in International Business.

He was selected to compete in the Men’s World Championship in Israel in 2018; the youngest member of the team aged 20.
Lacrosse was granted provisional Olympic status in 2018, with the hope that lacrosse will feature in the 2028 games. A new format called Sixes will feature in the World Games in Alabama this summer and Hal has been selected as part of 12-man GB squad.
Hal told us: “I remain so grateful for the support of the Rob George Foundation in 2016 as this enabled me to compete in my first international competition. Without that funding I would not now have been selected to represent GB.” 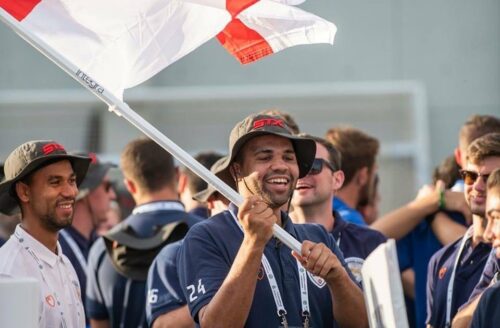