Home » Individuals » Introducing RGF grantee, Brioni – By Royal Appointment (and that’s not all – read on!) 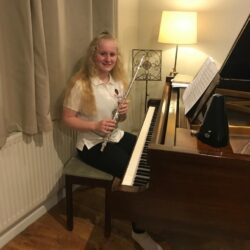 Brioni is a 16-year-old gifted musician from Preston who has been fortunate enough to receive support from the RGF foundation enabling her to continue her studies at the Royal Northern College of Music. Brioni has had a love for music since she was 5 years old and studies the flute and piano. Through hard work and determination, she has performed with many orchestras and represented her country at various concerts within the UK & Europe, being the principal flute with the National Chamber Orchestra of Great Britain, the National Wind Ensemble of Great Britain, the National Youth Orchestra of Scotland and the National Children’s Orchestra of the UK. Having won Lancashire’s Musician of the Year, Brioni has gone on to become the Principal flute of the Halle Youth Orchestra in Manchester which she loves, this having been her dream since she was 9 years old, to have it come true at age 11 was a remarkable milestone and one she holds dearly. Brioni has worked with the Royal Ballet composing music for a new ballet, as well as being a pit musician for West End shows in London and over in Belfast. Most recently, Brioni was asked to perform for members of the Royal family at a private concert at Buckingham Palace, the ultimate venue for an aspiring musician! Recently her rendition of Winter Spirits by Hoover was played on Classic FM! Alexandra Armstrong introduced her: “prepared to be impressed… a young lady to watch out for!”

Her dream is to become a principal artist in an orchestra such as the BBC Philharmonic, create music to inspire the generations that follow and perform as a solo artist alongsideworldwide orchestras.

Brioni’s mum, Rebekah said: “Brioni and her family are truly thankful to the RGF for their support, enabling her to access the education she needs to grow as a young talented musician. Thank you to all the trustees!”
The RGF – feeling proud to support such an amazing and appreciative talent. 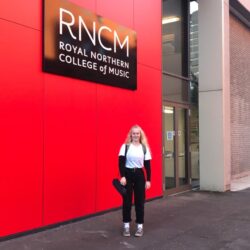 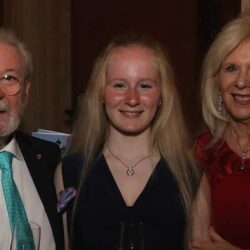 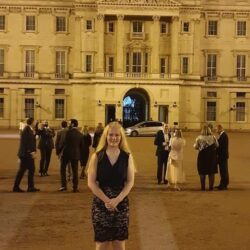