Home » News and Updates » Guess who I met at Stansted very early one morning?!

“There I was, off skiing with my friends; it was 5.30am at Stansted Airport and we were checking in at the Easyjet desk. Across the way was a gathering of young sports people, all with their GB kits on and big equipment cases alongside them. Well, I guess I’m just nosey really, but I thought I’d go and see what their sport was. Ummm? Fencing. Ummm? “We’ve sponsored a couple of fencers” I thought. Then, there she was, Elisabeth Powell, one of the Rob George Foundation’s Grantees! Well anyone that knows me won’t be surprised that I felt compelled to introduce myself! Elisabeth quickly recovered from her surprise meeting – she was off to Slovenia, to the Junior European Championships.

“Elisabeth has since also been to Uzbekistan and Cape Town, South Africa, where she appeared for the last time ever as a Junior at the Junior Commonwealth Games. Elisabeth’s 2014/15 season ended with a world ranking of 15 and top of the GB ranking list for Junior Women’s Epee.

“Sometimes you are left simply in awe of our young people. Elisabeth is working so hard, not just on her training but also at school where she now awaits ‘A’ level results, and where she has been working each morning as a school cleaner to try and help her financial situation.

“Everyone at the Rob George Foundation wishes you every success Elisabeth as you now progress onto the Senior Circuit.” 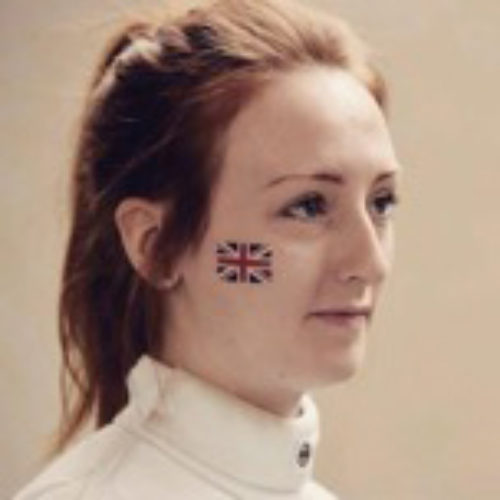