Rob’s mate and England cricketer, Tammy Beaumont MBE, popped over to Essex to film a video, in which she shares her memories of Rob when they were both studying at Loughborough, and to promote the RGF.

The video was filmed, in very windy conditions, by the RGF’s very own in-house camera man, Philip George and edited by Lorraine George.

Tammy told us: “I knew Rob at University, we actually served on the Uni Cricket Club committee together and it’s great to see his spirit lives on in the really important work that the Rob George Foundation does. Rob always wanted to support others first, which is exactly the type of work the foundation does to financially support either terminally ill young people or young people in the arts or sport. For me, I support the foundation to ensure Rob’s legacy lives on and through what Rob and his family went through they can support other families going through similar difficult circumstances. In addition, as a professional sportswoman it is great to see young people in sport (& Arts) supported. I am a firm believer that every young person deserves equal opportunity in life, which for some talented young people may not be accessible without help from the RGF.

Philip George responded by saying: “Lorraine and I were very touched that Tammy found the time to visit us and film the video and share her memories of Rob. Tammy and Rob were good friends at Loughborough University. They used to meet regularly in the Students Union bar or on the dance floor. Tammy was Chair of the Ladies Cricket Section at the same time as Rob was Chair of the Men’s. They worked together to bring the two sections (which had previously operated very independently) a lot closer together, a legacy which has remained to this day.”

Thank you, Tammy, for your kind and heartfelt words about Rob and for spending time with us to film the video. 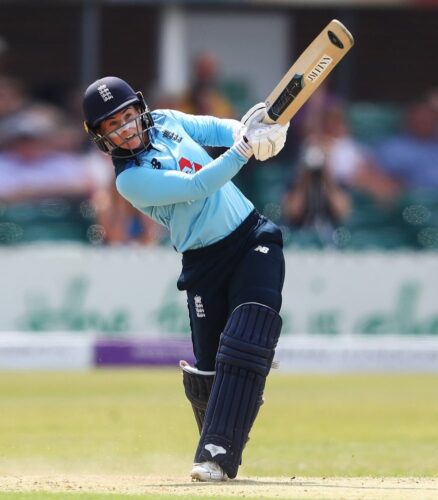