Dylan’s chance to shine – this is the first year that the RGF has supported Dylan. Their support has enabled Dylan to move from Newham, London to one of the best basketball academies in the UK. Dylan trialled along with a number of boys from Europe and was successful in gaining one of the handful of places. He is attending the John Madejski Academy based in Reading in conjunction with the Reading Rockets Basketball Team and is enjoying his time away from the inner city and just concentrating on 6th form and basketball. His head coach is Alan Keane, the GB & England u18 head coach & England men’s assistant head coach. Dylan is so proud to have been selected to train under him and hopes in the future he will represent England internationally.

Before moving to Reading Dylan competed nationally for the Newham Youngblood Lions Basketball Team and also played for his school, St Bonaventure’s, where he was part of the team that won the English National Schools Basketball final on two occasions. He has also represented the London Borough of Newham on numerous occasions and has been short-listed for this year‘s Newham Youth Achievement Awards in the individual athletes category.

Dylan’s Mum said: “It is very important to our family that Dylan has a chance to succeed and that his talent is not wasted which unfortunately has happened to many boys in the area, which is why we are very grateful for the support from RGF. Without this Dylan would not have been able to enrol in one of the best basketball academies around.“
We’re right behind you Dylan! 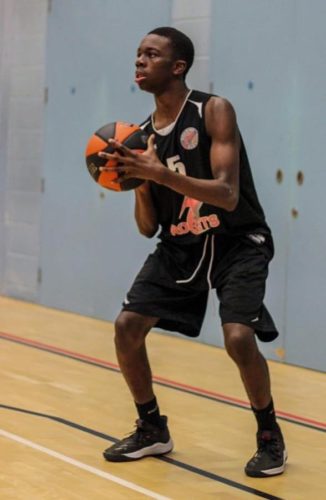